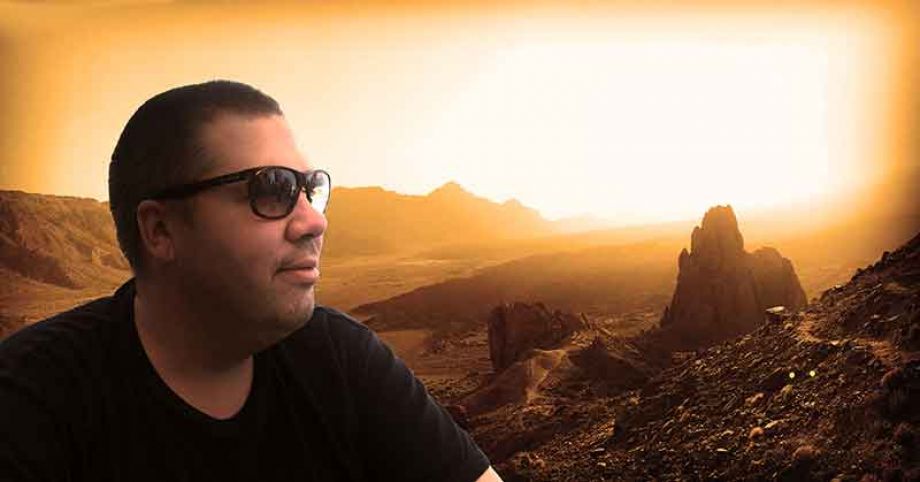 IT System Engineer / Producer / DJ
alias DJ Noise was born on 1974.03.03 in Bern and was one of the most popular and booked DJs in the 90s/00s of Switzerland, renowned as one of the most skilled ones by connoisseurs of the swiss electronic music scene.

Back in the swiss capital city Berne, where Hip Hop has been dominant these days, he started his career in youth club "Villa Bernau" - primarly playing Acid, New Beat, Hip House, Hip Hop and Dance.

In the year 1990 DJ Noise was one of the driving forces behind the youth disco "Black Jack" in Berne. The Black Jack again was a club, where Hip Hop and Dance were dominating, but Techno was on the move - becomming more popular. DJ Noise got attracted by this new sound and soon came to the conclusion that this new sound is exactly what he wants to play. One night he decided to present this new sound to the crowd and soon one of the present DJs complained about this music, argueing that this sound shouldn't be played there. He decided to break his relations to the club and move on.

In the beginning he simply played track by track. Finally, 1991, he started to mix by using beatmatching. He was a guest at many techno events these days and played mainly at private events and in the popular afterhour club "Etzel" in Urdorf.

After this point, his time has come: Bookings at nearly all major events in Switzerland followed: Energy, Victory, Dreamscape, Evolucion, Cubik, Tarot events at Studio Urdorf, White Dove parties, Magic Kingdom, Grodoonia, Sensor, OXA After Hours, After After Hours, Late Nights, Futurscope, Goliath, Motion, Nature One and many more. 1994 he even had the massive oppurtinity to play at the Love Nation event around Love Parade Berlin.

He toured to Germany (Stuttgart, Berlin, Munich) and even to Italy, France, Canada and Norway.

1995 he has been honored with the unique "Parisienne Rave Award" as best national DJ and has been selected as DJ of the year by voting on the renowned Partysan community.

Settling down and relay on success has never been his way of acting and so he started to produce his own music and mixed several compilations.

From 1993 to 1996 he was playing Hardcore - but with time he couldnt identifiy with the new forms of this sound that came up. At the end of his HC time, he did only play old tracks - ignoring the new forms.

Between 1994 und 1997 he built up his own Voice-Noise studio. Different from other DJs, he never relied on the work of others - totally creating his music himself. He has never chosen the easy way, but with time more and more remix requests reached him - DJ Nonsdrome, DJ Tide, DJ Simple, Sunscraper, Philippe Rochard - they all relied on his remix work.

Probably the biggest success he had in 1998, when the Street Parade compilation mixed by him got a platinum award for more than 50'000 sold units.